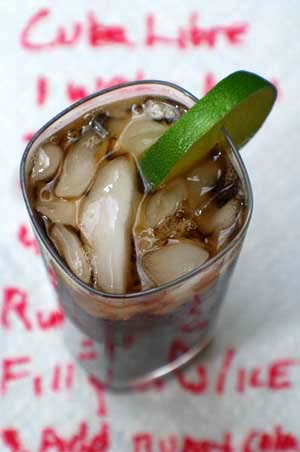 The Cuba Libre dates back to the Spanish-American war, when a member of the U.S. Signal Corps reportedly caused a sensation by ordering the exotic mixture at a bar in Old Havana. Though coca-cola has changed a lot since then (it used to contain real coca—the source ingredient for cocaine!), the Cuba Libre remains a festive favorite.

A Barbara Adams Beyond Wonderful recipe.

This rosy concoction is especially appealing for a summertime brunch or poolside cocktail party.

Fans of citrus and tequila will love this colorful, festive concoction. Use freshly squeezed orange juice for the very best flavor.

Salty as the surf—and just as refreshing—a good Margarita will have you whistling Jimmy Buffet—even if the ocean is nowhere in sight.