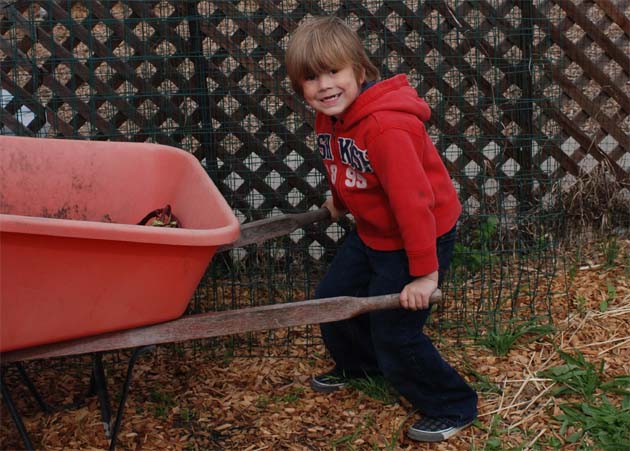 When five-year old Sammy was just three, we planted a giant clay pot with winter greens that became his special garden. He learned that plants eat and drink through their hairy little roots and require lots of tender loving care to flourish. They became his “babies” and along the way Sammy learned about rain and weather, bugs and slugs and found a love of the earth growing deep inside him. So it seemed logical to bring him along with me for a morning adventure at the Garden of Eatin’ at the North Bay Children’s Center in Novato. He could explore this magical growing world that is the model for nine California schoolyard gardens while I interviewed its director, David Haskell, for my Beyond Wonderful Around the Table series. 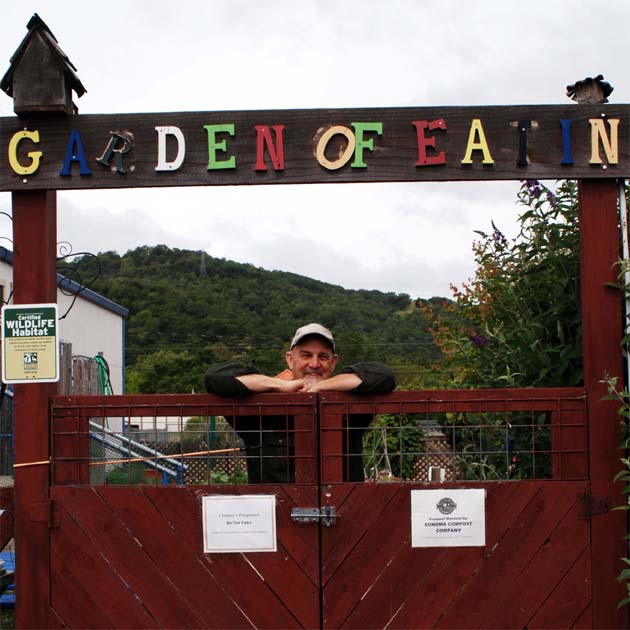 As we stood at the garden gate a very tall man appeared and Sammy’s eyes grew large. Was this a giant that lived somewhere in the garden? Sammy soon relaxed as David flashed an infectious grin and greeted him warmly while ushering us in. Everywhere I looked, life was in motion. Brilliant spring green seedlings sat poised for planting, mature leafy greens were ready for harvesting and artichokes stood pointing skyward.

Sammy took off down the path, marveling at every detail—right down to the luscious smell of the moist, rich dirt on the garden floor. David explained that this soil is the secret to the delicious-tasting fruits and vegetables in the Garden of Eatin’. “Follow me and I’ll show you how we make it.” 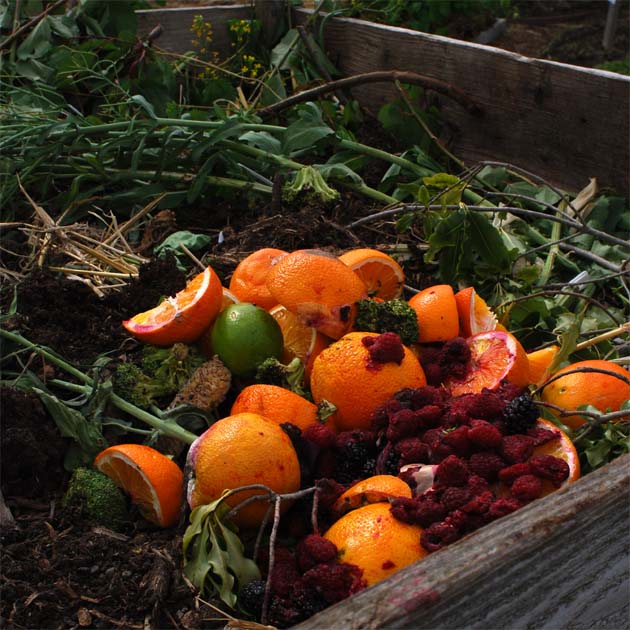 Sammy climbed up the side of the large compost box to get a good look inside and immediately wondered why the top was full of oranges and raspberries. “Garbage becomes dirt?” He asked. I watched quietly as David taught him a few basics of science and the environment; of sustainability and the cycle of planting, harvesting and eating before returning the leftovers to the earth. 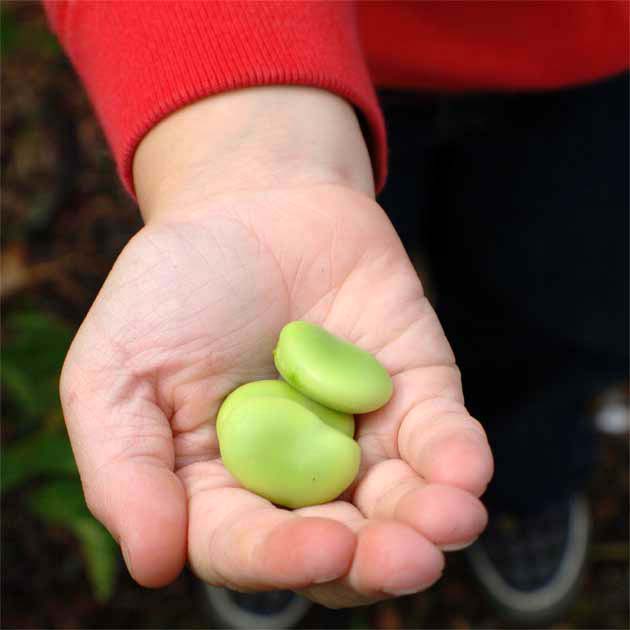 An enchanted Sammy picked his way along the twists and turns of a huge green vine. What could it be? Hmmm. “Beans! Look, big green beans!” 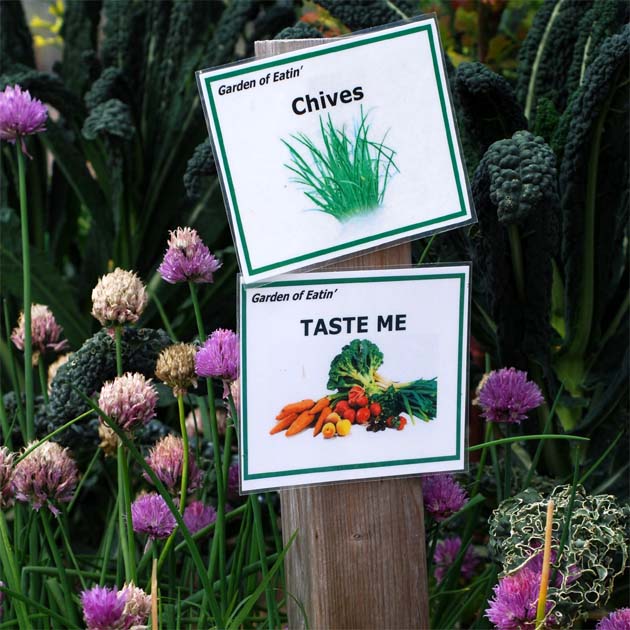 David watched and told me how the summer months are magical for the kids as they work, explore and eat the fruits and vegetables each day. “We constantly conduct taste tests with the kids: cooked vs. raw; just-harvested vs. the same things from the supermarket. There is really no comparison and the kids learn this quickly. We’re training their taste buds to make healthy choices now and throughout their adult lives. Humans are a species wired to prefer simple fresh food not the processed kind filled with high fructose syrup, sugar, salt and fat. Given a choice kids with a garden will choose a carrot before cake.”

David told how one kid “escapes” to the strawberry patch at every opportunity to gorge himself on juicy, warm, sun-ripened berries. He doesn’t realize that his red lips and chin gives him away all the time. Already, this child turns down sodas and juice. Just think how much healthier he’ll be than ones that live on processed foods.

Sammy recognized a large blackberry bush like the one we’d picked for jam last fall. I felt a rush of pride as he happily counseled David on how to identify ripe and unripe berries, proving that last year’s lesson had made a lasting impact. 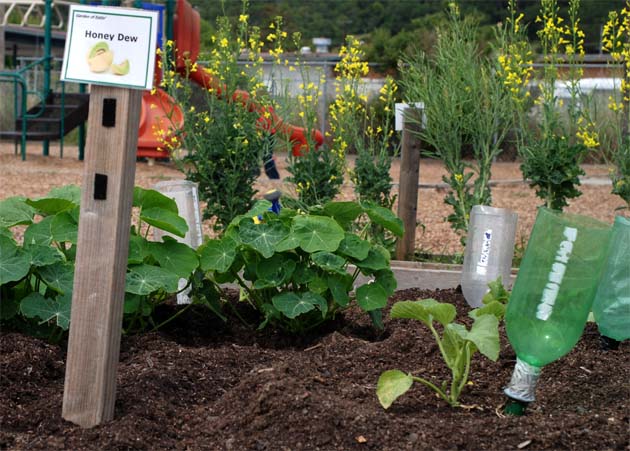 David and I headed inside to get to work on our interview and discuss the role of the Garden of Eatin’ and other schoolyard gardens in raising healthy kids and combating the childhood obesity epidemic in America. Later, I found Sammy playing in a pile of dirt with a small truck from his pocket. “Does dirt come in flavors?” he asked. “If you put apples in the garbage box would it taste like apples?” Think about it, if every child grew in a garden, our country would definitely be a healthier, stronger place.

Stay tuned for my Beyond Wonderful Around the Table interview with David Haskell coming soon.

Favorite Cocktails!
A Garden to Grow On

Late last September Sammy and I went to our local nursery in search of winter greens and herbs for my kitchen garden. He ran about […]

When I say “garden salad,” what comes to mind?  Is it the familiar restaurant plate of colorless iceberg lettuce with pinky-red tomato bits that are […]

Love those fat little tummies. Mmmm. Nibble those tiny feet and bite off their spicy gingerbread heads. Dark, moist ginger babies are irresistible and the […]

Read More...
Carefree in the BreezePicnic Season is Here!

I love picnics! Whether it’s a solo morning hike in the fog-shrouded hills with a thermos of coffee and muffins, or more elaborate fare shared […]

Have you noticed all of the fruit-laden blackberry brambles growing wild along the local trails and roadsides? Grab your buckets; it’s time to start picking. […]